What if you could predict the future?

What are you waiting for? It's completely free to become a member and you will get lifetime access to my custom tools. Join now!

The global crypto market is always changing. Stay one step ahead of the masses and discover new projects before they pump!

Become a member with all the perks. Quick signup - no credit card required!

We can't promise any specific results, but many of our predictions saw gains of 500% in just a few days. Seriously!

We're here to help you if you have any questions. Join a community of intelligent users who are rooting for your success!

Discover the average profit and loss for different holding periods. The system automatically tracks a profit and loss simulation for every prediction. See statistics for 1, 3 and 7 days.

Here are some of the recent predictions by our algorithm!

The Power of Numbers

This incredible system is powered by CoinGecko. Use it to discover new trends in data! As the system keeps growing we can analyze the data in new and exciting ways. 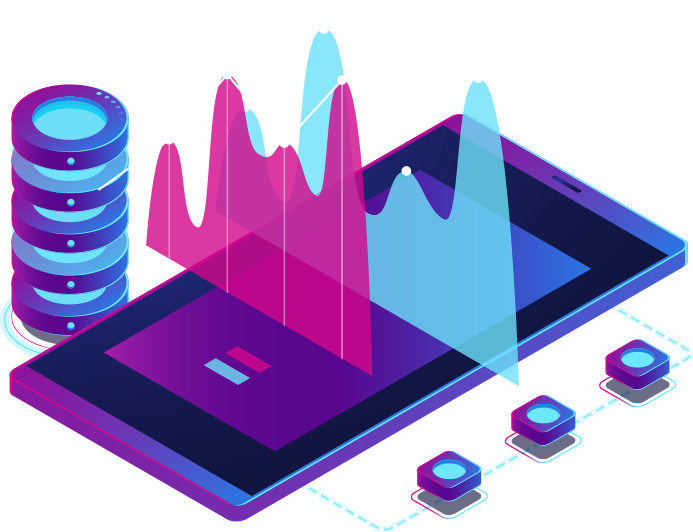 Some of the most popular question we might get:

A lagging correlation occurs when one asset follows another asset with a delay. This system uses social media as a leading signal and price as the following signal.
Most day traders lose money, so we don't recommend trading. The system generates statistics here: https://members.coinpump.info/daily-statistics/. Keep in mind, these statstics do not account for slippage loss, low liquidity, fees or transaction costs. In theory, you could make money by combining the predictions on this website with other technical indicators. However, it is more likely that you will lose money if you attempt to trade.
At first, I thought so, but there are many more variables such as low liquidity as well as marketing fees on relection tokens. In theory a bot sounds simple - in practice it's very much a difficult task.
When a token or coin has a low supply, a very small buy or sell can cause large spikes in the price. This is common with low popularity coins or new tokens.
No, I am not a good trader. So why would I make this software? Here's an example: If you buy a sword made by a master blacksmith, will it make you a better swordsman? Probably not. It's same thing with any analysis tool. No sword, no matter how well made will make you a better swordsman. Same thing with trading. No tool, no matter how good will make you a better trader. I don't recommend trading! Trade on paper or a demo account if you like, but please don't risk real money unless you know what you're doing. If you're going to buy something and I can't stop you, please do your research and consult a professional.
Because it makes sense. As I learned more about risk management, it made more sense to sell this information than to risk money on a trade. No one is going to sell you a golden goose. I do believe the information in this sytem has value, but that value is determined by the individual using it. I'm a better coder than I am a trader by far. Until I become a master trader, the information and systems I've discovered will be available to the world.

Here is exactly what you'll find in the members area:

Important Letter From Dan, The System Administrator. Do you want to get rich quickly with cryptocurrency?

I wanted to get rich quickly.
The pandemic had just hit and I had some stimulus money burning a hole in my pocket.

After a few month of boring HODLing, I discovered the high leverage futures markets. (Uh oh).

For some reason, it was easy at first!
I was up 5 grand in a day. I thought I could become a millionaire within a month.

Boy was I wrong.

The short version of the story is that I LOST IT ALL. One bad trade after another. Higher and higher leverage until finally, my account was completely liquidated.

This made me so angry at myself... and sad at the same time. How could I be so foolish when if I had just HODL'd... I'd be so much further along. That's when I started making a plan to even the odds.

I learned that trading strategies are useless without discipline and risk management. I knew that if I was going to trade again, I would need a clear system and to stick with it. Even with a good system, there is always the temptation to increase leverage, lower your stop loss further, etc.

In other words, even if I knew exactly which coins would go to the moon tomorrow, I could still lose! Either by holding the trade too long, not holding long enough, or getting greedy.

There are many reasons why most traders fail. Greed, emotion, lack of discpline, risk management. It doesn't matter how good the strategy is. You could have the perfect startegy and STILL LOSE. Keep that in mind because I'm not here to sell you a golden goose.

This is my personal research and if you're interested in what I'm doing, I'd be happy to show it to you. I cannot promise any financial success.

After studying candlestick patterns for a while, I decided to analyze social media using Twitter's API and CoinGecko's API. That's when things started changing.

Coins I had never heard of were popping out of the woodwork.

Opportunities were appearing in front of me once again.


Next, I learned about correlation analysis. Now I was getting somewhere.

Does bitcoin always lead the price action? Think about it. If bitcoin falls, all the altcoins fall too! That's correlation.

Is bitcoin following the stock market? Yes! That's what I started understanding with correlation analysis. It's always changing - but one signal is often leading while the others follow with a delay.

What about social media? If more people are talking about a coin, does it go up in price? Is there a delay between social volume and price? ;)

If we could measure this and catch the delay... we could place a trade and come out on top.

I kept working on my new computer programs.
A few months later I had several tools at my disposal:

The truth is that some days there is nothing to trade. Those are the days when I have to sit back and read a book or do something else and just wait for the next opportunity.

I can't promise any specific results with these tools... but I have decided to make them public for the first time since I started all this.

How does quantitative analysis work? Correlation of social volume and price

A lagging correlation is when the price moves after the social media volume.

Lagging correlation is what the system looks for and will generate a coefficient between -1 and 1. A correlation coeffient of 0.5 or greater may indicate a good chance that the price will go up the next day. A negative correlation is the opposite, it means the price is more likely to go down.

For example, if you see a correlation coefficient of -0.5, there is a good chance that the price will drop the next day, even though the social media volme has increased.

Experience The Power of Prediction